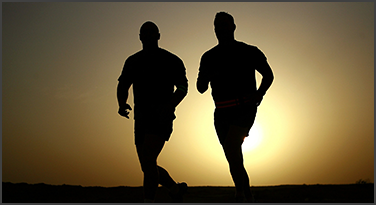 When you’re one of the greatest quarterbacks in NFL history, people tend to notice when you have the worst game of your career. That was Peyton Manning’s Sunday: Interceptions, sacks, fumbles…benched.

Hard to watch, said the broadcasters and fans, this is not the Peyton Manning we know. The end is near. Over the hill, slowed by age, lost a step.

Folks: Whatever Peyton Manning has lost, very few athletes have ever had.

By Monday, a real explanation: A torn plantar fascia. Common, painful, and difficult to ignore. If you’ve ever felt that sudden burn in the bottom of your foot, you know what I’m talking about. It gets bad, and then it gets worse.

And it completely explains his stunningly-bad performance: If you can’t plant your foot, you can’t properly step into the throw, can’t effectively rotate, can’t generate the power to throw with accuracy and force. It can improve with rest but will be very slow to heal.

Common question being asked today: When did he injure it? Simple answer: Does it really matter?

Manning’s foot injury is the result of all the injuries over all the years, from the neck down to the bottom of the foot. Everything is connected; the body is an endless physical chain. When one link in the chain breaks or wears out, the next link compensates and takes on some of the stress, until it begins to break down as well. Eventually the damage spreads all the way down the chain, until it becomes unusable. You can wipe away the surface rust and grime, shine it up, and the chain looks as strong as ever. But unless you inspect every link, cleaning and maintaining and treating hidden damage and decay, the problem still exists; you just can’t see it. So what began as a knee injury often becomes a hamstring problem or an ankle issue.

And of course, everyone always looks for the next injury to occur on the same side as previous injuries. I recently heard from an athlete who was dealing with recurrent pain in his left hip. “I can’t figure it out,” he said, “I’ve had knee surgery and some hamstring issues on the right, but never been injured on the left, so it can’t be related.”

As far as I know, your right and left sides remain connected at all times; when you’re healthy, they operate in a specific firing pattern that allows you to move correctly. Picture one of those elaborate domino competitions, where all the tiles are perfectly arranged; if everything is set up correctly, you tap one and the rest fall in perfect order. If one is out of place…everything immediately stops.

The body has a similar domino effect: When you’ve been injured on one side, it’s highly likely you’ll end up with issues on the other side if you don’t have the correct firing pattern necessary to support and stabilize the injured area. Result: Overcompensating and overloading the “healthy” side (which is now no longer technically healthy), causing the predictable pull or tweak.

We saw an unfortunate example of that last week, when Kevin Durant went down with a hamstring strain. First question: Same side? Same side as the previous injury and surgery to the right ankle?

No, everyone said, it’s the other side. Left hamstring, right ankle. Phew. Unrelated.

You don’t have to be an athlete to experience this. Ever break your toe or twist your ankle? How’d you get around? You shifted your weight to the other side. Now you’re overcompensating with the healthy side…which won’t stay healthy for long if it has to bear the weight that should be evenly distributed on both sides.

We see this way too often with pro athletes. They get injured, go through rehab, and get back to their sport as if nothing happened. Meanwhile, the damaged area might be ready to go, but what about the rest of the chain that’s been overloaded and overcompensating for the damage? Unless the rehab protocol includes training the entire body to fire in the correct sequence—not only physically but mentally as well–chances of another injury are ridiculously high. Now they call you “injury-prone” and start taking bets on when you’ll break down again.

If you want an example of this, look no further than Houston Texans RB Arian Foster. Shoulder. Ankle. Left knee. Right knee. Hamstring. Back. Calf. Hamstring. Groin. Achilles. The domino tiles are set up wrong. Some of the muscles are firing, some are lying dormant. Perfect example of cleaning off the rust and ignoring hidden damage.

True for the pros and true for you: Once you’ve rehabbed an injury, many of those exercises and treatments have to become part of your everyday routine if you want to stay healthy. Remember: rehab is a process, and the process never stops.