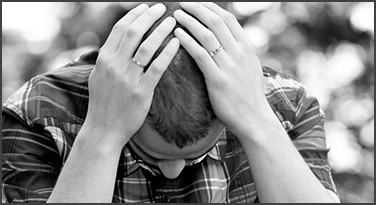 When I first wrote about this in my book RELENTLESS: From Good to Great to Unstoppable, I heard over and over about players who play with enormous emotion, with great results. Correct. They play with ONE emotion. But when a player allows multiple emotions to mess with his head, he has no chance to stay focused. In  other words….emotionS make you weak. An excerpt from RELENTLESS…

If one thing separated Michael Jordan from every other player, it was his stunning ability to block out everything and everyone else. Nothing got to him; he was ice. No matter what else was going on—the crowds, the media, the death of his father—when he stepped onto that basketball court, he was able to shut out everything except his mission to attack and conquer. I’ve never seen another player form such a perfect boundary around himself, where nothing goes in except what he brings with him. Dwyane is probably the closest, when he’s healthy; he’s got that switch that allows him to step inside those lines and forget everything else. Most people though, even the greats, take some external stuff with them; few can leave it all behind.

When you consider that Michael’s career shooting percentage was 50 percent—meaning the ball found its mark one out of every two times, with three guys hanging on him and twenty thousand cameras flashing every time he took a shot—you can begin to appreciate how deep in the Zone he was for every single game, every quarter, every play. There was no difference between what he did in practice and what he did in the game, his mechanics were consistent in any environment. I can’t stand hearing athletes say, “When I’m under the lights, that’s where I turn it on.” No. When you’re in the Zone, you shouldn’t even notice the lights. Or need them.

But few people can duplicate that extreme level of focus and concentration in different settings; they become comfortable in one place, and that’s where they perform the best. Why do teams play better at home than on the road? Why do some athletes perform better in certain stadiums than others? They can’t reproduce that environment that puts them in the Zone. They’re thinking about being in a different atmosphere, instead of instinctively knowing how to adapt to their surroundings. Instead of dictating the outcome of the event, they’re letting the event dictate the outcome to them. Instead of feeling steady and steely, they start feeling unsure and worried. They lose their cool confidence, they start feeling emotional, and make no mistake about this: emotions make you weak.

The fastest way to tumble out of the Zone is to allow emotions to drive your actions.

When you feel fear, you recoil and put up a wall to protect yourself. Is there really a wall there? No, but you act as if there were. Now you can’t go forward because of the wall. Put your hand through it, there’s nothing there, you can walk straight through it. But if you stay behind that imaginary wall, you fail.

When you feel jealousy, you shift all your attention and energy to whoever is making you jealous. Doesn’t matter if it’s a colleague’s success or your girlfriend’s new man; either way, you’re thinking about something other than what you’re supposed to be doing. And you fail.

The only exception to the emotions rule is anger: controlled anger is a deadly weapon, in the right hands. I’m not talking about a raging volcano that can’t be managed from inside or outside, but anger you can restrain and turn into energy. All Cleaners have that slow-burning, blue-hot internal anger, and it works if they can control and maintain it. But it never becomes blind rage, and it’s never allowed to become destructive. When you channel anger the right way, you get Michael shaking his head at someone’s attempt to distract him, and annihilating the game. He didn’t slug anyone, he stayed steady and unemotional and turned his quiet anger into results.

But it’s a fine line. If you don’t control your anger, you get violent, throw a punch, argue with the refs, glare at the other players, get completely emotional, and stumble permanently out of the Zone.

Emotions pull your focus and reveal that you’ve lost control, and ultimately they destroy your performance. They make you think about how you feel, and you’re not supposed to think, you’re supposed to be so well prepared that you slide into the Zone and perform with grace and purpose. Not possible if your mind is on other things. Of course, Cleaners are still human, and like everyone else they feel the same excitement and anxiety and nerves before a big event. But the difference between Cleaners and everyone else is their ability to control those feelings, instead of allowing those feelings to control them. Even Michael used to say he had butterflies before a big game. “Get ’em all going in the same direction,” I’d tell him. They’re not going away, but now you’re controlling how you feel about them, instead of allowing them to make you feel nervous. Energy instead of emotion.

As the lights get brighter and the place gets hotter, you should be feeling darker and cooler, pulling deeper inside yourself. This is your Zone, all instinct; you can feel your way in the dark while others have to see and hear and watch what everyone else is doing. You go with what you feel. The people who can get into that space, those are your killers.